Anytime you find yourself in a relationship, and the other person leaves, it can be tough, sometimes even devastating.  In the dating world today, there are an overwhelming number of ways to meet new people.  With all of the dating apps, the old school methods i.e. meeting at a bar, club etc.

Throw in all of the “new” ways to meet people like Tinder, match.com and e harmony and whatever else you can think of.  It’s safe to say, there can be a lot of competition out there!  Let’s take a look at some factors to consider and possibly uncover “Why did he leave me for her?”

You Were Too Demanding

Most men love to please their woman.  If you ask a guy to do something nice for you, not only will he be happy to do it most of the time, but thrilled that you WANT HIM or NEED HIM for something.  BUT, there is a big difference between asking for a few sweet favors and being downright demanding.  If you are the madame type of girl, he might not be impressed.

It might even be so completely annoying and that he can quickly end up hating you for it.  Bottom line, don’t give too much attitude and stop being a demanding bitch!  Treat your man with respect, in the same way you want to be treated, and it will surely lead to more desirable results.

She Makes Him Feel Special

When was the last time you did something nice and sweet for your guy?  Do you cook him his favorite meal?  Do you offer to take care of some of his errands if he is busy?  You should definitely know (or find out) the things that your man enjoys and try to do something special for him.

This might sound like a simple idea, but you might be surprised how often this one gets overlooked.   A little making someone feel special can really go a long way.

She Is More Confident Than You

Confidence is a personality trait that is not only important in a relationship, but in life in general!  No one ever got anywhere with low self esteem.  This can be a delicate balance though.  Men love a woman that can make a decision, and he is not on the hook for every little thing.  For example, if he asks you: “Hey babe, where do you want to go for dinner tonight?”

If your answer is always something like: “I don’t care, whatever you want!” then this can hurt the relationship.  Men want women to care, and be decisive sometimes.  Not to say, you need to be the boss, and make every decision about everything you do together.  But, show that you do have opinions and want play an active role in the relationship.  Check out how to have more confidence in dating if this is a common issue for you.

They Have More Common Interests

Now, it is crucial for everyone to be individuals and have their own interests and likes in life.  If everyone was exactly the same, life would just be boring.  I’ll give you an example.  My wife and I love fried chicken.  One thing that is great when we get a bucket of fried chicken, is that she likes the breasts, and I like the legs.  We BOTH enjoy the fried chicken, but we are not SO SIMILAR  that we must have the same pieces!  It’s great to have common interests with your partner, but you don’t have to be exact copies of each other either!

She is Better in Bed Than You

In fact, if there are sexual desires your partner has that you think are downright terrible, then you probably are not a great match anyhow, and it would be best not to feel bad about losing him.

But if you know that if you would have just given him a little more sex, or just tried a few more things that would have made him happy, then it’s an important lesson to be learned next time you are in bed with a man.  Sex is about having fun, giving and receiving pleasure, and sometimes, trying something new.

You Were Too Clingy

Never, ever, ever smother a guy!  He will be gone faster than you can say poof!  This is especially true when you are in a new relationship.  As time goes on, and you are with your man longer, you will get a feel for how clingy or not clingy he wants you to be.  Some guys like it when his girl is around 24/7, others can’t stand it!  The important take-away here is figure out how much of you he would like to see before forcing yourself on him.

She Gets Along With His Family and Friends

If you are with a guy and you realize you hate his mom or his best friend, this is already a red flag.  Relationships like this can work out, but it’s less likely to last.  You might have good reason to hate his mom or his friends, but realize that can be a deal breaker for him.

This can be a blessing in disguise too, because if you don’t get along with someone who is close to him, and you see that person at regular social occasions, it’s just going to make for a tougher relationship.  You’re probably better off with another partner anyhow.  It makes for a much better situation when you get along and love hanging with his circle.

You both Wanted a Different Level of Commitment

When you are in a relationship, no matter if it’s monogamous, polyamorous, gay or straight.  The glue that will make it last, is you both being on the same page for the future you see for the relationship.  If you think he is “the one” and you just met, slow down.  As overwhelming as it may feel for a new relationship, you really cannot know if your partner is the one until you’ve spent a significant amount of time with them.  Maybe he was just in lust with you and in love with her.

Some of the best relationships start out as friendships first.  Once you really feel like you understand the other persons, personality, wants and NEEDS, only then can you decide if you want to spend a lifetime together.  People take a while to show their true selves in romantic relationships, for fear of rejection.  Become friends, get to know each other, and naturally, the level of commitment you have for each other will prevail.

This one is probably not thought of as much, but it can be an issue.  If you are in an interracial relationship, or if you have different religions, this can cause conflict.  At first, it might not seem like these things matter, but over time they will matter more.  If you and him are not on the same page with religious functions or don’t enjoy the same day to day beliefs, it probably isn’t going to work out.

Men that follow their religion closely, usually cannot be changed, and don’t expect them to either.  Same goes for social events, parities, and his general customs.  If it’s too different than you are used to, he might gravitate towards another woman that more aligns with what he is used to.

Life is unpredictable and sometimes what might seem like “once in a lifetime opportunities” arise.  When this happens, and you’re in a relationship, he has to make a choice.  Maybe a new job opportunity arises and he has to move across country, but you want to stay put.  Maybe you are just now figuring out what you want to do with your life, but he knows other women that are more “established” in their lives.  The bottom line is timing can be everything in a relationship, and this can either work for or against you.

He left you, so what?  Don’t beat yourself up over it!  Chances are, you will meet someone even better, who you are more compatible with and just a better overall match.  The key is to be able to recognize these men when they come into your lives.

Sometimes life works in mysterious ways and that co-worker who is always asking you out, could be the love of your life.  Or that guy you always see at the gym, and you know he is “looking” at you, and you like it.  Maybe drop him a hint, and you might get lucky.  Never say never, and stay optimistic.  With a positive attitude and outlook, life will surely surprise you for the better. 🙂

Tags: relationships, Why He Left

How To Be Desirable – 6 Ways To Increase Your Desirability

Is a Long Term Relationship Worth It? 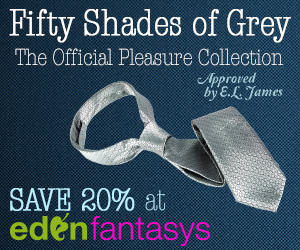